Six Sigma from the Top Down

by Marc A. Voorhees, Jr. 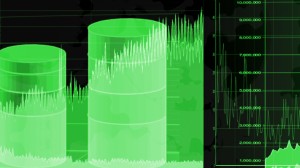 Over the past several years, I have had the good fortune of working with several industry leaders as a process improver.  Individual projects succeeded or failed due to myriad reasons, but there was one common thread driving the outcome of the team’s efforts: the receptiveness and support (or lack thereof) of Senior Management.

Process improvement comes in many forms: Six Sigma, Kaizen, 5s, etc.  Whatever the system, all of these essentially boil down to the elimination of waste, of excess, and of extra steps.  In other words, process improvement could be considered a diet for a company.  As with any diet or exercise regimen, it is critical to believe in the success of the process improvement program.  When dieters and exercisers don’t change their mindset to adjust and commit to a new and healthier lifestyle, the improvements are often short-lived; this is evidenced by the marked reduction in attendance at gyms as “January Joiners” lose interest by spring.  Senior Management represents the mindset of an organization, and as they change, so does the company.

Long-term success, especially in the implementation of Six Sigma strategies, is based on the sponsorship and support of strong leadership. It is not just for one-off projects, but to initiate a mindset change throughout the organization.  One of Six Sigma’s greatest virtues is its scalability; you can just as easily apply it to one project, five projects or a thousand projects.  However, the real power of Six Sigma can only be harnessed when projects are united by a common goal and direction.

Without Senior Management support of permanent change, individual projects are equivalent to going to the gym for one week and then skipping out the remaining 51.  If process improvement isn’t prioritized by Senior Management, it will get pushed to the back burner, behind well-meaning intentions of addressing it tomorrow or next week.  Long-term success with an exercise plan comes from the drive to push oneself a bit harder, believe in the change, work through the rough days and always keep the goal in mind.  Senior Management represents the same driving force for any company, and they must buy in wholeheartedly, as the end goal will only be achieved if they believe in it.