What is a bad boss? 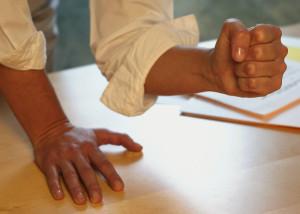 Not everybody’s experience of a bad boss is the same.  To me, a really toxic boss is the kind of boss that actively makes sure life is miserable at work, someone who interferes with employees’ accomplishing their work for the sole purpose of showing that the boss has authority over them.  This toxic boss dictates exactly how and when each employee does everything at work, often in the most inefficient way possible, with the intent of proving the boss can make people do things “my way.”

I once had a boss who actually pitted members of the team against each other.  All the infighting cultivated by this boss destroyed morale, destroyed productivity, and eventually (though not surprisingly) about a third of that boss’s team quit, including me.  Now, that is an extreme example of the type of damage that a toxic boss can do to the work environment, but it doesn’t take a truly toxic boss to have a negative effect.

To ruin the workplace or simply decrease productivity really only requires a neglectful boss, a boss who doesn’t acknowledge employees’ contributions to the work effort.  That lack of acknowledgment is almost as damaging as actively denigrating employees’ work.  While it is true that a neglectful boss isn’t as obviously awful as a toxic boss with a clearly malicious agenda, the long-term cost in lost productivity brought on by a boss who is too preoccupied or too busy to be a care-taker of the team can soon equal the sudden loss caused by the toxic boss.