Bring your ‘A’ Team 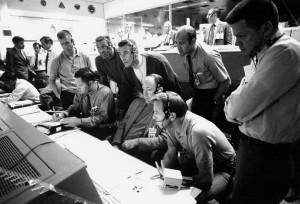 Somewhere along the line, every workplace is confronted with being short-staffed. I ran into this a year or so ago. It wasn’t the first time in my career I’d dealt with having too few people to fill all the jobs with everyone doing a bit more to make sure everything got done, but this time, we were able to shorten how long we spent with ourselves spread too thin thanks to prior experience.

We had faced something similar once and taken a chance with a new-hire. The candidate was technically qualified on paper, but was lacking in experience as well as untried in the sorts of pressures that we face in our job on a daily basis. Unfortunately, we had no other candidates at the time and felt pressured to fill this empty position, regardless of the lackluster qualifications, before the extra work load had a major impact on our team. In these less-than-ideal circumstances, we hired someone we hoped might be OK – eventually.

The result on the team and the candidate was negative as the new-hire didn’t make it through the orientation and initial training process. The team lost the couple of months that had been invested in this hiring and training process. We lost time, energy, and effort in trying to train someone up only to discover that, as we had feared, the new-hire just was not going to be able to fulfill the role. Realizing this all too late, we had to make the painful decision to let this bad-fit go before the probationary period was complete.

What had happened? We had let our fear of being short-staffed and overworked cloud our decision in choosing a new team member. However, all events have the potential to provide a lesson.  What we, learned from this is that you have to bring your “A” team to the game every time, even when it takes more time, energy, and effort to get there.

Subsequent to this failed process, we spent several more months working short staffed – something else we learned we could do, though we weren’t fans of doing it – before we found a great candidate to take the job.  By taking our time and sacrificing a bit of effort, we were able to put together our “A” team.

Everyone has the chance to learn from others’ experiences: The extra work of waiting for the right person demanded less of us than hiring the wrong person, extricating ourselves from the situation, and starting all over again.