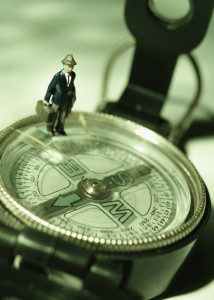 Have you ever been given a responsibility that you were unsure you were ready for?  It’s happened to all of us at one time or another.  Here is my story and how I successfully overcame my anxiety and successfully filled a leadership role.

Several years ago, I was asked to take over the day to day managing of the cardiac catheterization lab at the hospital where I worked.  The promotion came during a time of internal unrest and change in leadership. It was also the first time I had been placed in a supervisory role.

I had no management or leadership training, our volume was down and the staff and physicians were unsettled and anxious.

Personally, I was excited AND terrified.  Fear, anxiety and even a bit of panic are perfectly normal reactions to a sudden jump in responsibility.  I certainly experienced these feelings and initially I didn’t think I was competent to do the job. I had no training, no experience and I felt overwhelmed by the gravity of the situation and the responsibilities I was being faced with.

A part of me was certainly flattered that I was chosen. The validation was appealing, but ultimately not enough to counter the anxiety that the promotion provoked.

After doing some research, I realized that almost no one steps into a new position feeling like they have the skills they need to do the job. I was heartened by a quote I came across by businessman, Alan Cohen, “Do not wait until the conditions are perfect to begin. Beginning makes the conditions perfect.”

I simply needed to begin.

I came to realize that I was chosen because I was already a leader on the team and people had already been looking to me for guidance and direction.

I was given the opportunity to manage the lab because of my potential…because someone else believed in me.  I just had to believe in myself.

This epiphany gave me the confidence I needed to step into my new leadership position.

Knowing that my team believed in me made me believe in myself.

Believe in yourself.  It’s a cardinal rule for strong leaders.